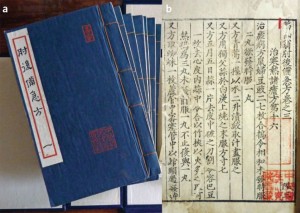 As far back as recorded history, traditional Chinese medicine has been providing us with healthy and natural ways to enhance, protect, and even save, our lives. Unfortunately, as Western medical theory moved into the modern era, this and other traditional medicines were shelved as nothing more than folklore and pseudo-scientific.

Of all the misconceptions about Eastern medicine, the one that is perhaps the most clearly untrue is that it is a stagnant practice. Some might assume that since it’s ancient, it’s no longer progressing. They see it as a collection of prehistoric natural remedies, the uses of which can’t be updated and enhanced. They couldn’t be further for the truth.

The proof that Eastern medicine is still making incredible strides lies in Youyou Tu’s recent Nobel-prize winning discovery: a drug called Artemesinin. Her new drug successfully battles malaria, a profoundly devastating disease that claims the lives of one million people worldwide each year. The most shocking part of this amazing news, however, is that Artemesinin was not concocted in a laboratory, but rather is an herb that has long been used in traditional Chinese medicine.

It’s located in the plant Artemisia annua, a type of wormwood that is native to Asia. And it’s one by which malaria, an infectious parasitic disease spread by mosquito bites, is stopped in its tracks. Malaria affects liver cells, causing them to swell and burst and spread the parasites even further. Artemesinin not only stops the parasites from spreading, it completely clears them out of one’s system.

So, if you ever catch anyone saying disparaging remarks about Eastern medicine, that it is nothing but a remnant of a less scientific time and the domain of witch-doctors and charlatans, remind them that the research of Youyou Tu via the bottomless depths of wisdom that is Eastern medicine has given one million people on this planet a fighting chance this year.